USPS Shipping: Books are shipped within 5 days of order date.

Since 1926, the Tulsa Christmas Parade has entertained thousands of children and adults year after year as it winds through the historic streets of downtown Tulsa. In its early days, when Tulsa was a new town booming with rapid growth from the recent discovery of oil, the Christmas parade quickly became an annual tradition that has continued to be a favorite event for the past 90 years.

Jessica Gullo has served as creative director for Tulsa Christmas Parade since 2015 and enjoys researching and preserving history for others to enjoy. Sen. Jim Inhofe (R-Oklahoma) served as the mayor of Tulsa from 1978 to 1984 and was a member of the US House of Representatives from Oklahoma’s First District from 1987 to 1994. Since 1994, he has represented Oklahoma in the US Senate. For almost 40 years, Inhofe has been a fixture of the parade, riding his horse and greeting parade goers. 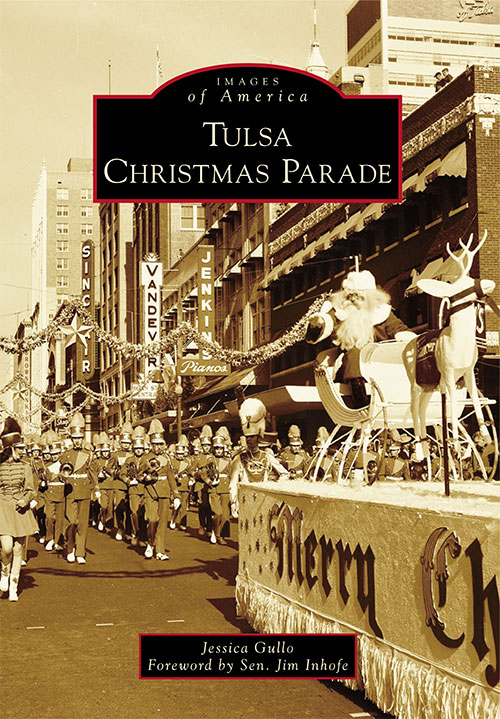 Fill out my online form.